How to Read Your Campaign's Analytics

Check how your campaign is performing and if it is doing what you want it to do.

Congratulations! Your campaign is now running!

Now, you can monitor the performance of your campaigns by viewing your analytics.

**Keep in mind that all analytics are ALL TIME analytics, meaning that the numbers shown represent how your campaign has performed since the campaign began. You can run a proof of performance report if you would like to see information about your campaign with specific date ranges**

On the front of your campaign card you will find some basic information such as: 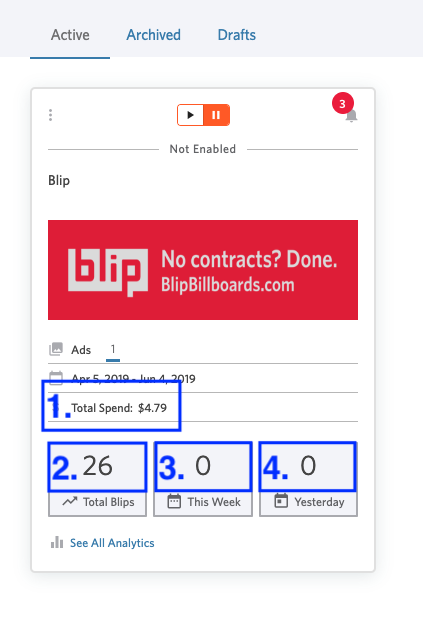 The first four graphs show the Blips you have received at different times. Here is a breakdown of the information you receive on each graph: 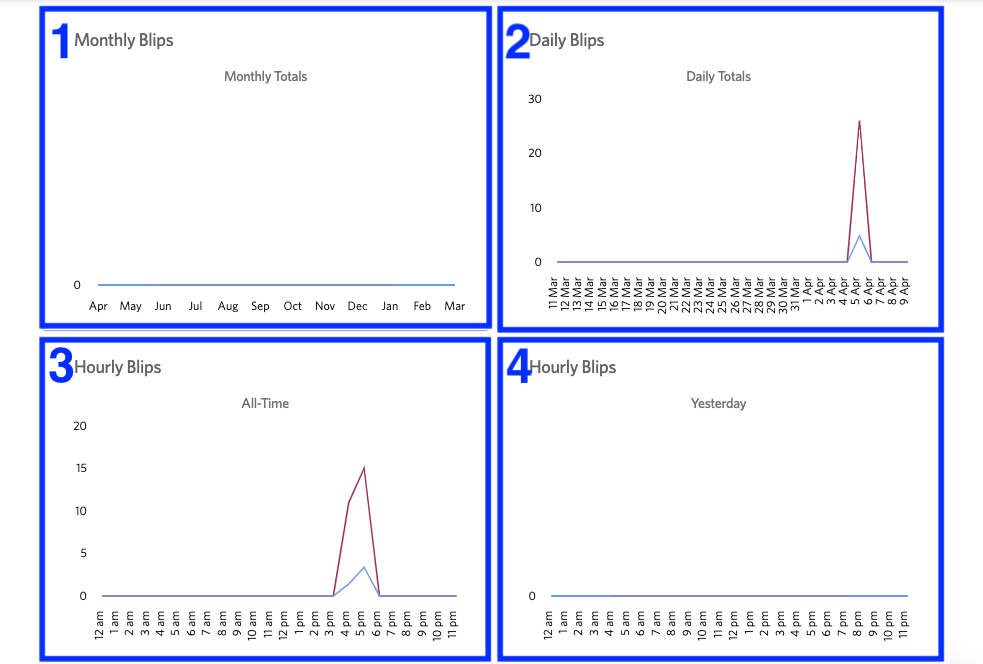 When you scroll down you can find more specific analytics. Here is the breakdown:

Scroll down further and you can see a breakdown of the performance of your ads per billboard location, this will show details about each sign your campaign has ever displayed on since your campaign began. If you remove a sign from your campaign but continue running the campaign on other locations, the data about the removed signs will still appear on these analytics. Here is the breakdown: