How to Optimize Your Blip Campaign

How to increase the frequency of your Blips and get the most for your money!

The key to the success of your campaign is balancing your locations, your schedule, and your budget.

The more locations you select, the less Blips you will receive on each location

Blip’s algorithm will prioritize your daily budget by spending as much as possible to get you as many Blips as possible. You will receive more displays on the locations that have the most availability, and less displays on other locations.

As more locations are added, Blip will continue to optimize to get the most possible Blips and will not display evenly across locations.

We suggest taking the following steps to avoid having the majority of your daily budget spent on a relatively “cheaper” boards in areas you may not be targeting:

Feel free to get even more granular than this, down to the state and city level if you can. Just remember to split up your daily budget between each of these campaigns evenly, or according to the number of locations selected in each campaign (more signs selected means more budget allotted).

b. Test first, then separate

You can also run your campaigns for a day or two to see how your Blip displays are being divided, then create new campaigns accordingly. Getting too many displays in one city but not another, even though the number of locations is about the same? You may need to create a separate campaign for each city and divide the daily budget between the two new campaigns.

Check out how to select billboard locations here.

The greater your daily budget the more Blips you will receive.

With Blip you get to decide how much you want to spend each day. The higher your daily budget the more Blips you will receive.

Because Blip is an open marketplace, prices fluctuate according to supply and demand. Lowering your Max-Per-Blip (a “cap” of how much you would like to spend per display at a certain time) can cut down on costly ads during peak times, but this can also reduce your overall amount of displays.

Make sure to monitor your campaigns as they are running to see if your Max-Per-Blip is too high or too low for your sign locations. You can learn more about reading your campaign's analytics here.

Check out our cost estimator to decide what daily budget to set.

The less hours you advertise the more often your ads will display.

The more hours you advertise during the day, the more opportunities Blip has to utilize your daily budget, but adding more hours could mean not specifically targeting useful times of day or reaching your ideal customer. 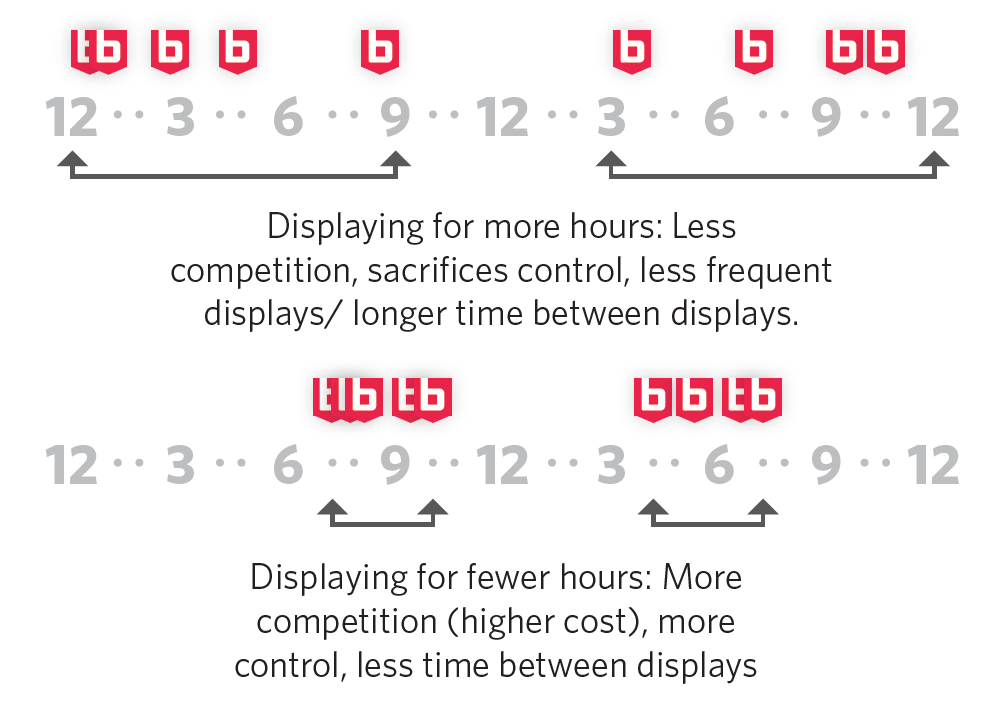 Check out how to set your daily schedule here.

If you have additional questions about optimizing your campaign, feel free to reach out to our support team via chat or contact your Blip Campaign Specialist.